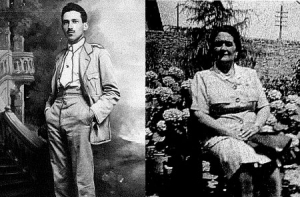 Every fairy tale starts with ‘Once upon a time’ and even this story begins this way: the story of our ancestors who started to produce balsamic vinegar.

So, we were saying, once upon a time there was a grandmother who, in the patriarchal society of the time, used to take her time to carry out her own activity as an undisputed master in the production of balsamic vinegar. Not only a condiment for food, but also a veritable elixir, a tonic remedy against lack of appetite, a strengthener during pregnancy and breastfeeding, a digestive after a meal or a delicacy as a reward in very special moments.

The barrels called “vaselli” were placed exclusively in the attic, called ‘tassel’ and more precisely in the lowest part, where the roof and the wall meet.
So, anyone taking care of this precious condiment in the attic was obliged to bend down in a sort of bow towards this royal product.

My grandmother was very jealous of this magical world and nobody was allowed to enter her kingdom made of river stones and linen cloths to close the barrels, a world of scents that had our heads spin. We were children and often could not have access to this part of the house, due to the great value hidden there.
The only moment we could enter the acetaia was in September, when we used to hang bunch of grapes on the wood beams of the ceiling. We would have eaten the wilted grapes during Christmas holidays as a sign of good omens.

In winter a small portion of balsamic vinegar was drawn from the smallest cask for family purpose and the cask was then topped up with the content of the preceding (next larger) cask, in the same quantity.

This process of drawing and topping up was repeated for every cask and the product was taken from the oldest cask and then refilled from the next oldest vintage cask, up to the largest barrel that was topped up with new freshly cooked must, previously boiled for at least 12 hours in the large pot, called “fugone”, in the yard.

Every tale ends with the sentence “And they all lived happily ever after”, but our story goes on happily even now, with just one difference: we do not hang the grapes on wood beams any longer!